Jon has been with Sierra Lobo since December 2001. Since then, Jon has fulfilled several roles in support of NASA Langley Research Center, quickly adjusting as there is a need. Jon has supported the 16 ft. tunnel; National Transonic Facility (NTF); 14×22 ft. Subsonic Facility; Unitary Plan Wind Tunnel (UPWT); and, most recently, at the Transonic Dynamic Tunnel (TDT), in the roles of Shift Lead and Lead Tunnel Technician, as a member of the CMOE contract.

More details about TDT can be found at https://sites.larc.nasa.gov/rdinternal/transonic-dynamics-tunnel-tdt/. In summary, TDT provides “unique national testing capability for identifying, understanding, and developing solutions for complex aeroelastic and non-aeroelastic phenomena.” The history of TDT has involved discoveries for “commercial transports, launch vehicles, military aircraft, and spacecraft.” Quality is of high importance at TDT. As Jon put it, “Quality over quantity, quantity is just a bonus.”

Jon’s tasking at TDT as the Lead Technician includes setup of the models, including sting deflections; check loadings assembly; dis-assembly; and storage. Some models have electric or hydraulic flight controls – Jon supports all types. Once setup is complete, Jon supports tunnel operations. During the Ground Winds Loads Turntable Test (GWLTT), Jon sets up pneumatics for testing, and helps with installation and removal of the GWLTT, which weigh approximately 11,800 lbs. Jon sets up cooling systems for models with electric motors that require cooling. He is also involved with training new folks until they get up to speed. The material is vast, and safety requires focused attention. Therefore, the training process usually takes quite a while.

Jon’s favorite thing about working with Sierra Lobo, on the CMOE Contact at NASA Langley Research Center, is that it is never the same thing. Each test presents its own challenges. It is also a good feeling when your customers complete a test; get what they wanted; learned some things they did not know; and they depart happy. In his spare time, Jon loves Jesus, working on cars, and helping people fix things. 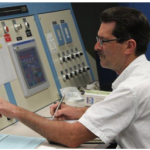 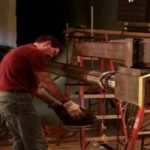 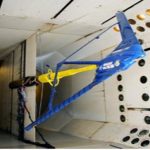